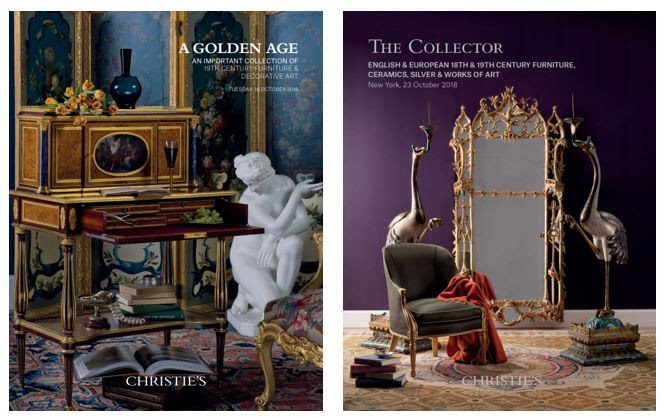 Christie’s presents an array of eclectic furniture and decorative arts auctions ranging from 18th and 19th century European furniture, porcelain and silver to Chinese enamel and ceramics and 20th century fine art. With paint generously provided by Farrow & Ball to bring the catalogue and exhibition deeper into the imagination, the first auction exhibition will open October 12 at Christie’s New York Rockefeller Galleries.

THE COLLECTOR: English and European 18th and 19th Century Furniture, Ceramics, Silver & Works of Art on October 23 is comprised of approximately 270 lots of decorative arts. The eclectic grouping offers 18th and 19th century silver and ceramics alongside 18th and 19th century English and European furniture and a series of Grand Tour items, particularly souvenir models of monuments that Northern Europeans had viewed during their travels. Standout examples include porcelain by Meissen, silver by Paul Storr, Buccellati and George Jensen, and English and European furniture including a pair of George II giltwood tables after a design by Robert Adam, and more. Works from esteemed collections include 46 lots of silver and micro mosaics from the collection of Robert and Ellen Gutenstein, of which a portion of sale proceeds will benefit their charitable Family Foundation. 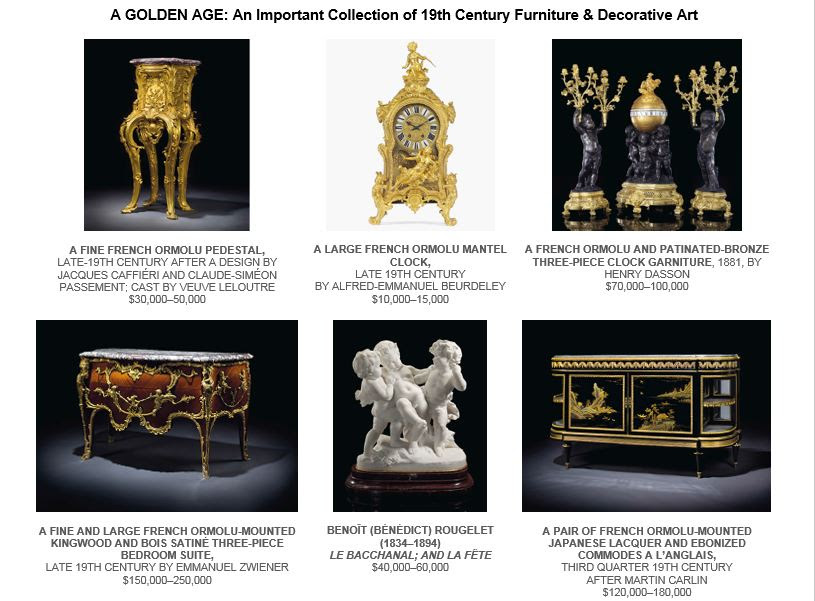